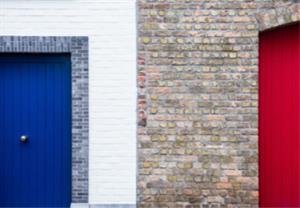 “Up, Down or Sideways”

Election periods usually add a degree of confusion to the property market, but this effect appears to be less pronounced this time around. Indeed, the level of sales agreed nationally is actually 2% up on that recorded during the run up to the last election in 2015, albeit down 2% on the same period last year.

According to Rightmove, asking prices have risen for the fifth consecutive month albeit at a slowing rate of 1.2%. This may have been somewhat distorted however, by the increase in the value of typical family homes with a 5.4% year on year increase. Rightmove’s research shows that families with children under 11 years of age are twice as likely to move than other homeowners. Clearly, this sector usually has a real reason to move - upsizing, downsizing, school moves, etc. Is the speculative move becoming a thing of the past or is this just a lull during a politically tumultuous time?

In terms of prices actually achieved, according the latest figures from HM Land Registry, the national average house price stands at £215, 847 representing a fall of 0.6% compared to the previous month’s figures. Annually, we are 4.1% ahead of this time last year, which demonstrates a continued slowdown when compared to last month’s 5.6% annual increase.

Certainly, demand continues to exceed supply and it looks like the floodgates could also be released for any pre-election fence-sitters as soon as the election results are known.

From a home-owner’s perspective, there are few major differences in the housing policy of the major parties. Taxes, employment and economic confidence tend to have a greater bearing on people’s personal finances than minor policy tweaks.

The first time buyer ’s situation must however be addressed as it has huge social consequences (such as couples having children much later in life). Any commitment to build 200,000 starter homes or extending the Help to Buy Equity Loan Scheme are therefore to be welcomed, as is the Help to Buy ISA that helps people save for a deposit.

Just like politics and the economy, stability is the key. We find ourselves in a relatively stable, albeit somewhat muted, market with no overwhelming financial reason to either buy, sell or stay. Perhaps we should therefore go back to regarding property as a home over being an investment. If a move would suit your lifestyle better, then move. If not, don’t! Simple really.

Request a call back
Arrange a valuation

Once logged in you can amend your personal details, add/amend/delete email alerts and access your saved properties.

New property alerts are sent to your requested email address at your selected frequency once we publish a new property or a price change takes place.

You can register here!